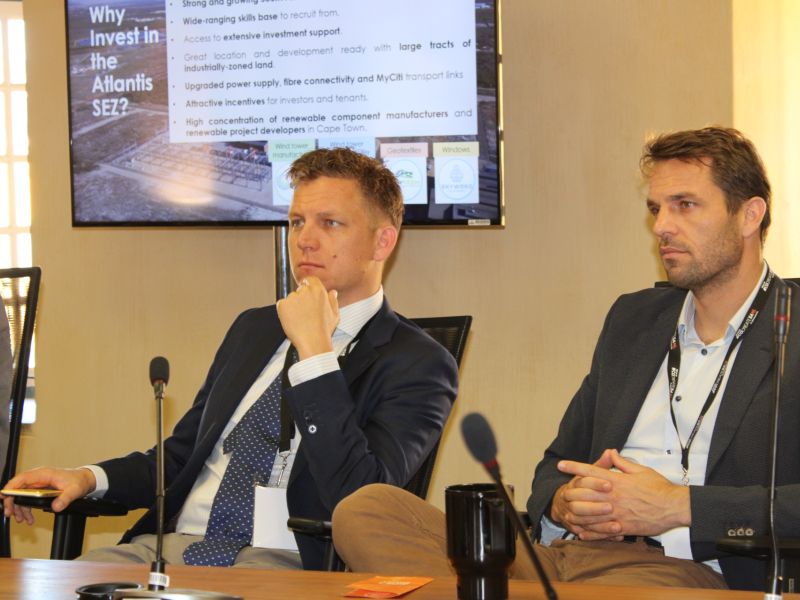 Pargo co-founders Derk Hoekert and Lars Veul were invited to discuss Pargo’s success at the #CoCreateMyCity project on Thursday 21 November.

At the event the two leaders in smart logistics joined the ‘CEO Roundtable Discussion’ with Director General of Foreign Economic Relations, Hanneke Schuiling, as well as a select group of top Dutch businesses.

The discussion formed part of the Resilient Cities initiative where entrepreneurs from both South Africa and the Netherlands swapped successful strategies and stories in their mission to produce smart solutions for South Africa.

Derk and Lars contributed Pargo’s real-world results of their innovative last mile delivery solution that enables access to goods for anybody in Africa.

One of Pargo’s main challenges was reaching inaccessible areas in South Africa. 75% of the South African population lives in informal settlements and rural areas that lack proper addresses. Delivery to housing estates and office buildings can be equally challenging due to strict security measures. With these stumbling blocks unique to South Africa, the introduction of innovative Pargo Pick-up Points in 2015 was a game changer for Ecommerce in the country.

Part of these smart solutions at the #CoCreateMyCity project looked at ways to co-create economically, environmentally and socially Resilient Cities. The focus was on sustainable and innovative solutions to urban challenges. The challenges addressed were food and water security, renewable energy, transport and logistics.

“What makes this more than just another showcase is that the problems that are given by the city are real, and the solutions implementable. As a diplomatic mission we see the importance to foster this exchange of innovation and knowledge in order to improve the resilience of our cities and our world,” said Dutch Ambassador to South Africa Han Peters.

Pargo is a testament to solutions that play a big part in moving South Africa into a tech-enabled country that values inclusion for all. Pargo has partnered with major retailers that have impacted the lives of many in South Africa, including TFG, Cape Union Mart, Wellness Warehouse and OneDayOnly. In introducing an efficient Click and Collect solution to South Africa, major corporate companies have been able to reach a larger consumer-base.

“What’s crucially fundamental about start-ups in South Africa is their role in boosting the economy through economic growth which ultimately leads to job creation. Entrepreneurs in South Africa have the privilege to work on desperately needed solutions that can elevate Africa as a top contributor on a global scale,” said Pargo co-founder Lars Veul.

The #CoCreateMyCity was organised in collaboration with the Dutch Embassy in Cape Town, The City of Cape Town Council, the Western Cape Government, and various sponsors.